For all the tea in Spittalfield

Cowie and I did a solid morning's Christmas shopping in and around Spittalfield market buying all sort of goodies and trying to forget about Cowie's disappointing breakfast experience at Leon and Canteen!

I'm fed up of coffee bars and have been looking for an authenic tea shop for ages. Something that lives up to some of the places I went to in Hong Kong and Shanghai. 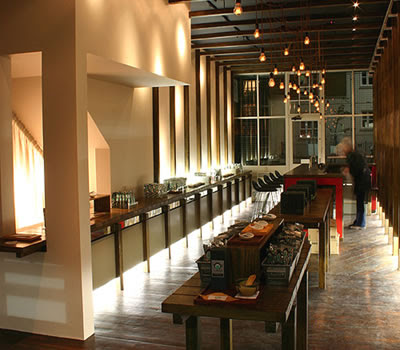 Tea Smith is next door to Spittalfield market but is nearer culturally to Peking. We sat at a stylish, long bar and were given a tour de force in the world of tea by the charming girl behind the bar. She guided us with great confidence through their extensive tea menu. Talking us through the different ways that Camelia Synensis is treated. She turned up her nose at my question about lapsang suchong because it is an inferior tea composed of off cuts and is generally low grade stuff. Fascinating.

She went through an elaborate ritual for each tea we tried. Repeatedly rinsing and heating our cups. We got 3 infusions for our money and a wealth of interesting knowledge.

My tea was smooth and oaky. Slightly charred and very refreshing. Apparently it would do wonders for my cholesterol and metabolism. Cowie's was slighly less impressed with hers. A bit odd tasting but not as strange as the one that smelled like smoked trout that we were treated to as an added extra later. 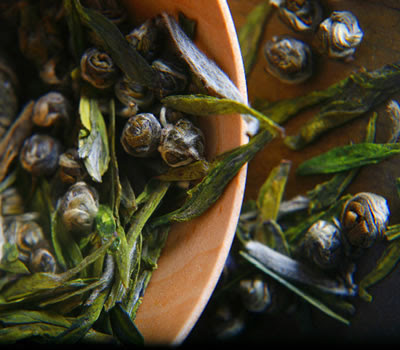 They have been open for about a year now but it was a shame to see the place empty. I'm keen to do one of their Tea Masterclasses. I quite fancy myself as a "Tea Master"!
Posted by Browners at 19:47

Enjoying your blog and just wanted to say that tea house looks gorgeous and it's a shame and a surprise that it's not packed!

It also brings back very fond memories of an old boyfriend who would hike across the hills and dales of Seattle with a hand carved soapstone tea set - dragon shaped tea pot, two carved cups and a heavy carved tray - in his backpack just to make tea for us at my place. We would sit cross-legged on the floor and sample the goods from the supply one of his friends brought back regularly from his China trips: smokey pu-erhs and other exotic green and white teas . Sometimes they would be black bricks wrapped in old rice paper wrappers and other times they would be mysterious bundles of loose tea. I miss our tea times. Asian teas are very wonderful and you are lucky to have such a beautiful tea house to sample from!