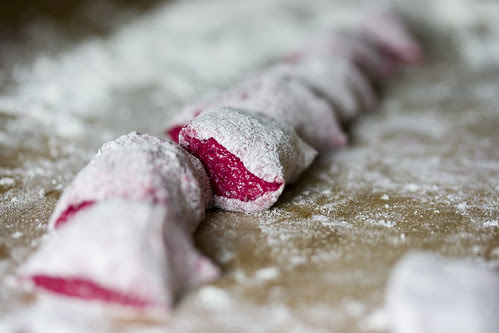 In it’s own right, most pasta couldn’t be more bland. Beige and almost flavourless it is like a silent servant being ordered around by the other ingredients. It’s one of the reasons I’ve been neglecting pasta. So in my quest to eat less refined carbohydrates and following the success of my experiments of using root vegetables as pasta substitutes I decided to have some colourful fun creating beetroot gnocchi.

In my head it seemed a fairly simple task. Substitute the potato for beetroot, mix in some flour, add an egg, season, knead, prove, roll into a sausage, chop into nuggets, boil and serve. But I hadn’t accounted for the fact that my kitchen would transform into a blood bath, or that my hands would be caked in lurid red Playdough rendering me incapable of doing anything. But it was well worth all the scrubbing and hard work.

I made enough dough for several meals so played around with various beetroot friendly flavour combinations. Of all the combinations I tried, a simple pairing with a lip pursing goat’s cheese worked well as did a creamy chanterelle sauce and a bowl of super charged aniseed soup with beetroot gnocchi dumplings.

Boil the potato until tender, drain, allow to cool for a bit and then mash. Do not under any circumstances whiz in a food processor as it will become gluey and the texture of the gnocchi will be damaged.

Roast the beetroot on a bed of rock salt for 40 minutes. Others suggest boiling or steaming them, but having tried different methods, the salt roasting technique is best. The beetroot keeps its colour better and the flavour is enhanced. Remove the beetroot from the oven and allow to cool. Remove the skin and blend in a liquidiser.
Combine the beetroot puree with the potato and marvel at the bright red mixture.

Season with salt and pepper. Next beat in the flour and the egg. Keep adding flour until the mixture turns from unmanageable red gunge to a well behaved dough. It took far more flour than I had expected to achieve this, so be patient.

Once it is becoming dough like transfer the mixture to a well floured work surface and knead like you’ve never kneaded before. Make sure your hands are well floured and you are wearing a T shirt you don’t care about much.

Tear off a piece of dough for your serving and roll into a thin sausage shape. Roll in flour and cut into little nuggets. 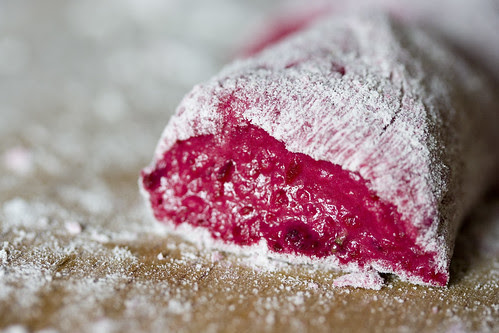 Boil in well salted water until the first red blob floats to the surface and then drain immediately. Serve with any of the flavour combinations below. 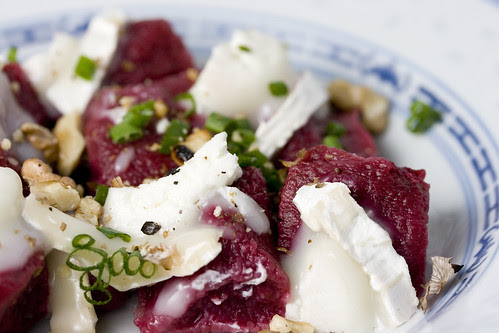 Once cooked, simply place the gnocchi in a bowl, top with goats cheese and toasted walnuts and place under the grill for a few moments to melt the cheese. Then sprinkle with finely snipped chives and season maniacally with salt and pepper. It’s a delicious autumnal lunch time dish that, once you have made the dough, is unbelievably simple to make. The subtly earthy flavour of the beetroot was a super match for the sharp cheese and the soft texture was enhanced by the crunchy walnuts.

Beetroot Gnocchi with a Chanterelle and Goat’s Cheese Sauce 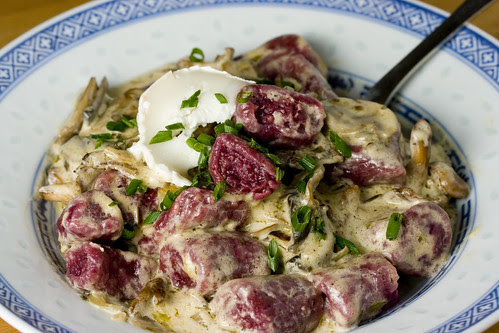 The woody, earthy tones in mushrooms and beetroot are made for each other. Coupled with a splodge of crème fraiche and a knob of goat’s cheese it made for a more indulgent main dish than the previous version.

Sauté two large handfuls of chanterelles in butter and olive oil over a high heat. Sprinkle with salt and continue cooking until they have leached their water out and taken on some colour. Lower the heat. Then add a finely minced clove of garlic and cook for a few minutes to take the raw edge away. Then add several spoonfuls of crème fraiche and bubble away until it has become saucy. Toss in the goat’s cheese and then slather over your just boiled beetroot gnocchi. 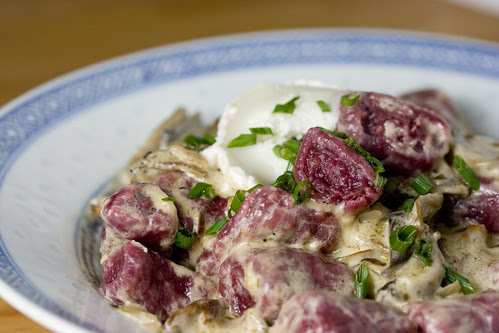 Garnish with chives and sprinkle with smoked salt and season with black pepper. Just writing this makes me want to eat it all over again, but this time either with a glass of white wine like a Grüner Veltliner or something more woody like a Chassagne-Montrachet. 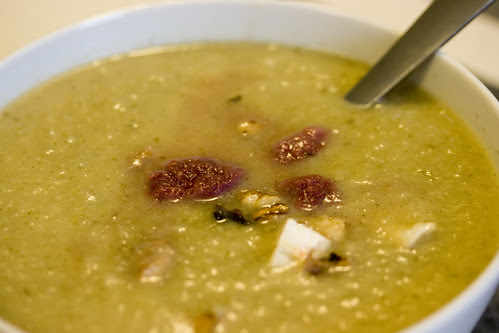 Being very partial to the taste of anise I decided to buy up my local store’s stock of fennel bulbs and make a fennel soup supercharged with star anise and tarragon.

I simply roasted 4 chopped fennel bulbs until golden with a couple of shallots and 5 star anise and then added them to a pan of simmering water with a glug of chicken stock. I removed the star anise and then blitzed in a food processor before seasoning and topping with beetroot gnocchi and a sprinkling of goats cheese and walnuts.

The photo doesn’t really do it justice. So you’ll have to take my word for it that it’s a cracking combination and is something I am going to make time and time again. I’ll just have to work on the presentation!

If you’ve been inspired to make some beetroot gnocchi by this post, I encourage you to make a large amount and store the remaining dough in the freezer. After the fun of making beetroot gnocchi, my next task is to do something similar with all the glut of pumpkins that November is promising.

If you’ve got any further ideas about what to do with beetroot or pumpkin gnocchi please let me know.
Posted by Paunchos at 21:56 12 comments:

Back to Nature at Kolarbyn 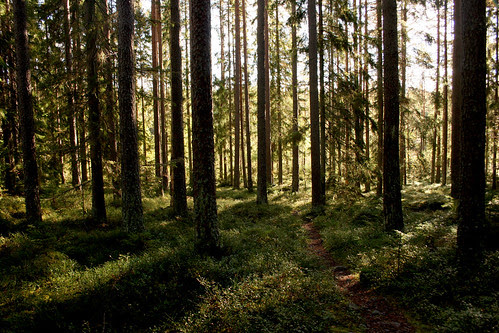 After losing to Sweden at football, then England manager, Graham Taylor, famously put the Swedish victory down to the fact that Swedes “tend to be of an outdoor pursuit". He rightly got ridiculed by the British press and earned the nickname Turnip Taylor as a result! But ever a true word has been said in jest. England lost because Sweden played better, but he was right that Swedes love being outside. And when you get a taste for how stunning the countryside and coastline is, you understand why.

With this in mind, when Cowie arrived for a Swedish weekend with Edwin and Anna, I hatched a slightly insane plan that involved 900km of driving and a weekend of no running water, toilets or electricity! But what we lost in creature comforts we more than made up in tranquility and memories that will last a lifetime thanks to the enchanted forest and mysterious lake at Kolarbyn. It’s a former charcoal making forest that now operates as the “world’s most primitive hotel” where you sleep in log cabins and explore the forest in search of moose, bears, mushrooms, wolves and fairies.

After a 5 hour drive from Gothenburg, towards Stockholm, through biblical rain showers we arrived at Kolarbyn in a spotlight of sunshine and a breath of virginally pure air. The roads leading towards the clearing made me feel like the Stig and would have made Jeremy Clarkson feel like he’d broken down and gone straight to motorists’ heaven.

When Andreas, our super charming host/ranger, showed us around the clearing we were so excited that all we could do was exchange grins and stifled gasps of wonder. It was like a cross between Hansel and Gretel, Narnia and Lord of the Rings, except without the evil monsters lurking behind every tree. Our moss covered, log cabins were as primitive as the website has suggested. But that isn’t to say they weren’t the cosiest hotel rooms I’ve ever seen. Each one was fitted with a log fireplace and two benches to sleep on with a sheepskin for a mattress.

An essay about our weekend won’t do it justice. So I’ll let the photos and a few brief captions do the job instead… 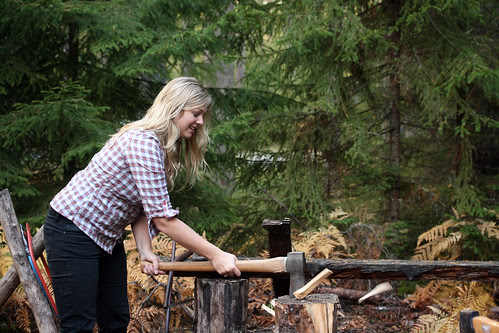 We kicked off by chopping our wood for the night and soon discovered that Anna had been born to be a lumberjack... 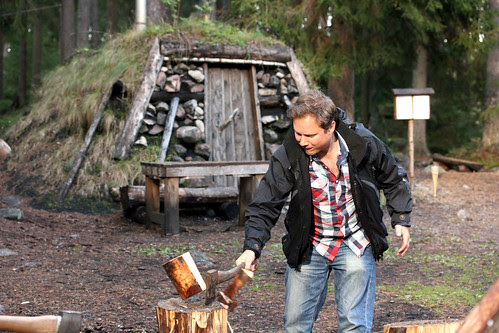 she put Edwin's use of a lady axe to shame. 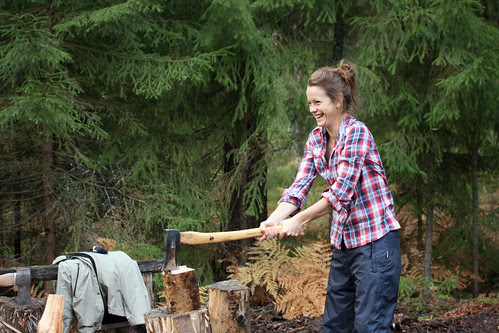 Meanwhile Cowie got the giggles... 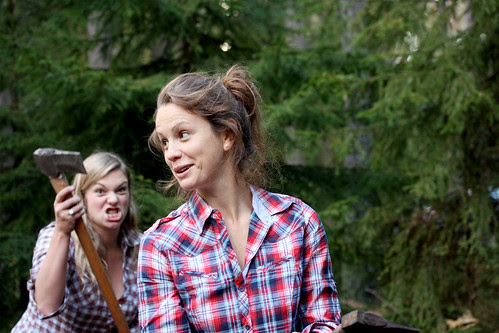 which set Anna off into a fearsome rage! 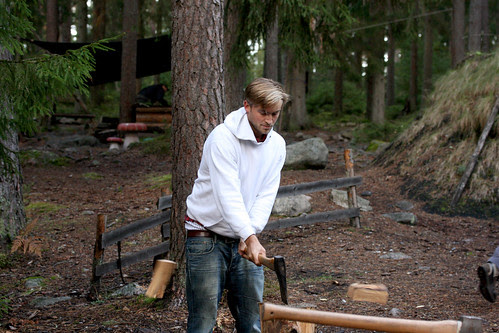 And I almost took my leg off with an enthusiastic swing! 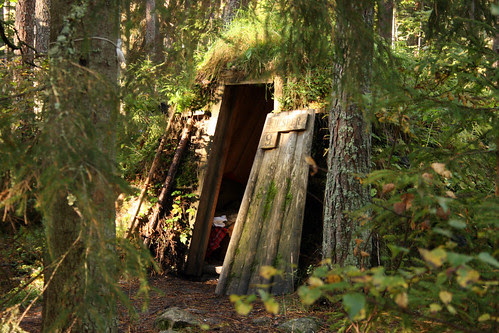 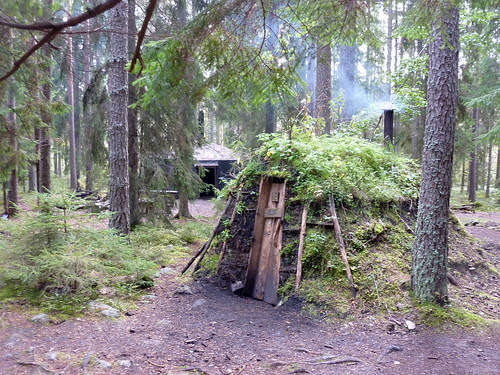 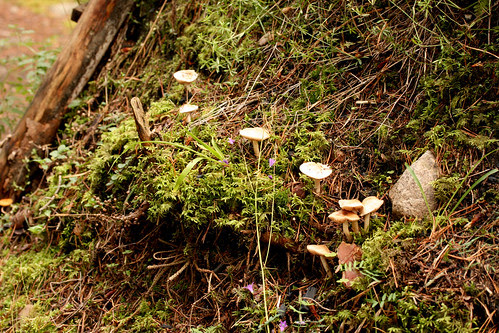 and mushrooms growing out of the roof. 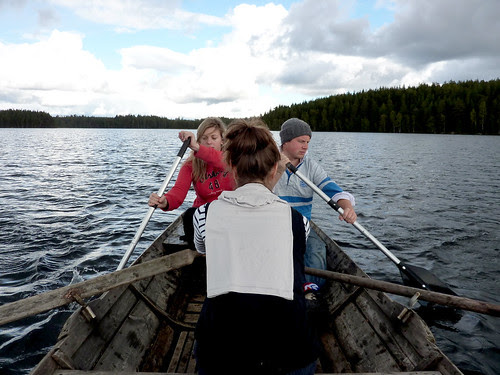 After lighting our fires in our cabins we headed to the lake and rowed across to the floating sauna armed with logs, firelighters, matches, swimming costumes and a box of white wine. 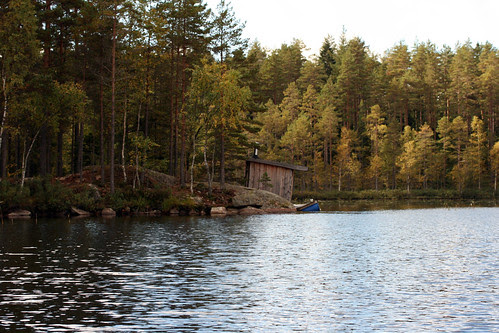 Whilst we waited for the sauna to heat up we tucked into ice cold white wine whilst watching the sun set over our lake. 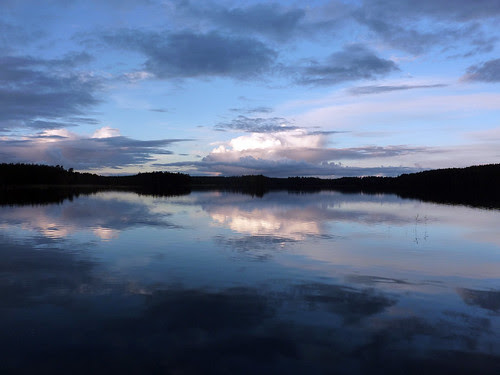 It was one of the most perfect experiences I've ever had and only got better and better. After three quarters of an hour we stripped off and hopped in the sauna which was now roasting hot. After half an hour of blissfully relaxing heat we braced ourselves and dived into the chilly lake. I swear at that moment we were the four happiest people in the whole world. 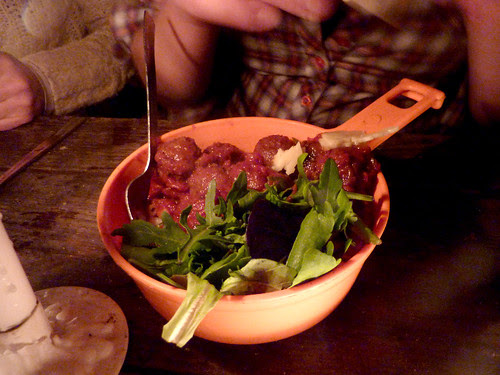 We made our way back to the camp and tucked into a hearty Swedish supper of pickled herring, crisp bread and meatballs. 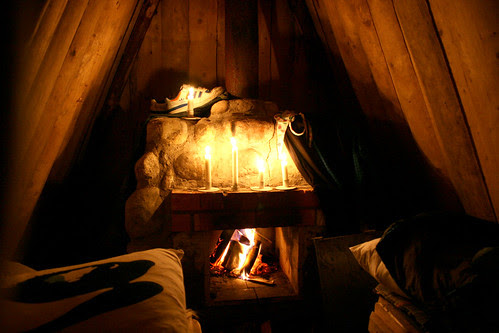 And then returned to our toasty cabins good night's sleep. 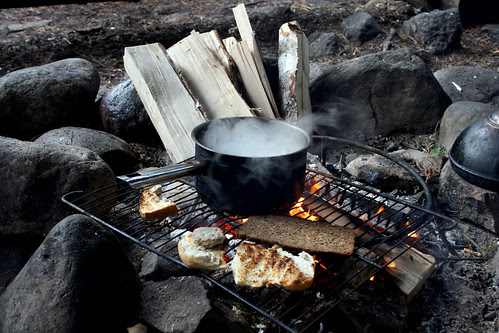 We had a rustic breakfast of eggs, porridge and coffee gathered around yet another fire before heading off for an excursion in search of a moose. 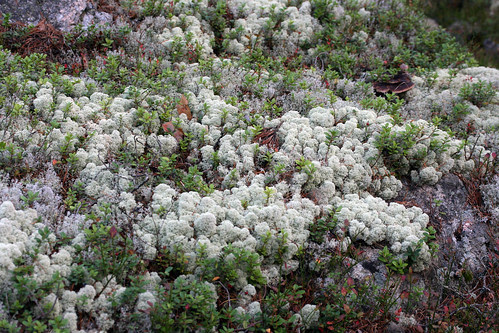 But all we seemed to find was acres of lychen... 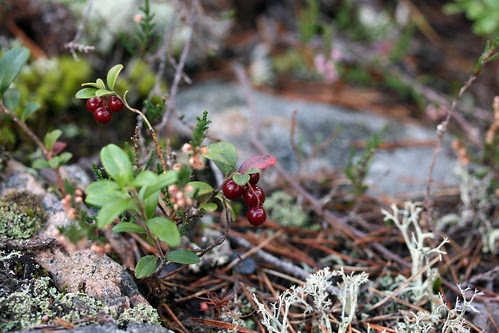 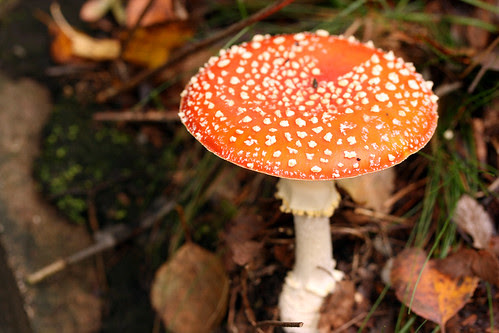 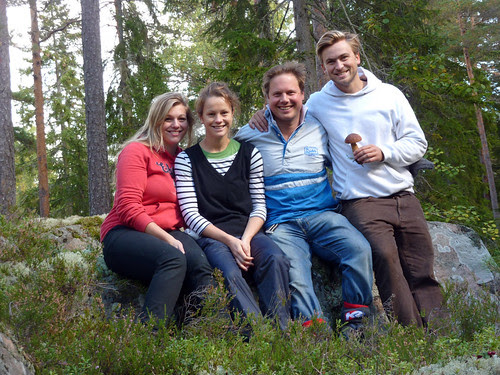 But that didn't matter it the slightest. And I can safely say that the four of us had the best weekend we can all remember for a long time.

Kolarbyn is one of the most enchanting places I've ever been to and I can't recommend it to you enough. If you are staying for longer than one night you might want to treat yourself to a wolf howling tour, a beaver trail or a moose safari. But to be honest, just being at one with nature was good enough for us.
Posted by Paunchos at 17:42 14 comments: