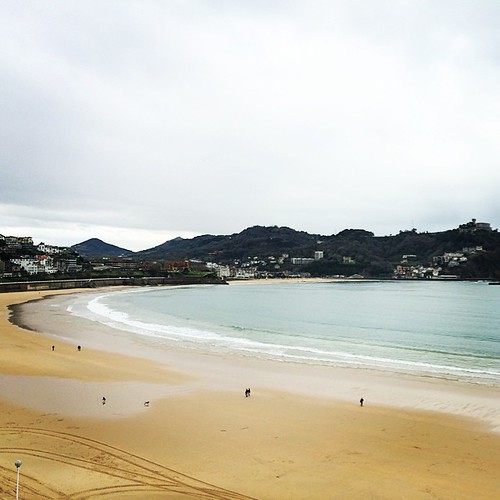 Food normally plays second or third fiddle on a stag weekend. The closest you normally come to nutrition is from your toothpaste or morning ration of paracetamol. I normally arrive home on a Sunday night with the cravings of a pregnant slug – lettuce and courgettes please. And maybe a radish on the side.

So when Tom and Danny cooked up a trip to San Sebastian as a stag do, things looked up. Tom is a Donostia veteran, so had a very strong sense of where to go and what to eat. The closest we came to a burger or kebab was a particularly decadent sea urchin!

Others have written about the pintxos of San Sebastian far more comprehensively than I can. And in fact this blog post from The LondonFoodie actually covers a decent proportion of the places we visited. But here is an overview of my highlights. A series of pintxos postcards if you will.

La Cuchara de San Telmo
We started at La Cuchara de San Telmo – which is comfortably my favourite pintxos haunt. Traditional, but imaginative, their food has a depth of flavour and quality of cooking that would grace any starred restaurant. And all served up from a kitchen the size of a downstairs loo. Just don’t try to go on a Monday. It’s shut. 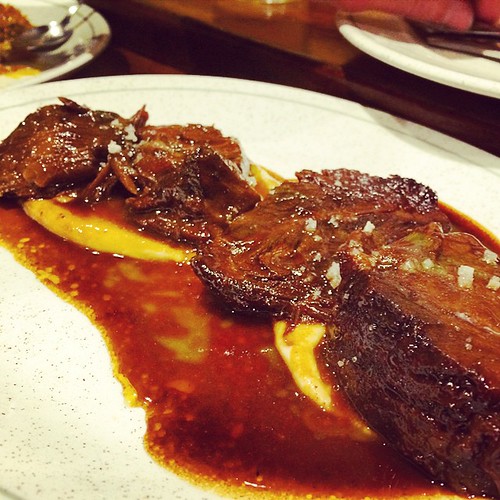 Our pintxos crawl started with a strong dose of Txakoli and large ration of decadent veal cheeks – which had been cooked in red wine and placed on a bed of creamy puree. Unctuous isn’t a word I use very often, but these cheeks should take the place of the definition of this word in the OED. Deep and decadent; they are the sine qua nom nom nom for how to make the most out of veal cheeks. 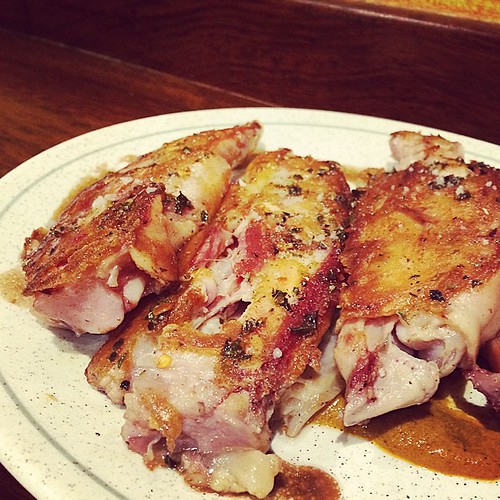 San Telmo is famous for their trotters. If they were any richer they’d be a Knightsbridge tax exile with a bastard son called Hubertus. Succulent doesn’t do them justice. There isn’t much “meat” per se. But the pickings you get are piggy bliss. The sherry vinegar glaze does its best to cut through the richness. But only some industrial strength hydrochloric acid could manage that. In fairness the Txakoli did a fair job in the place of the HCl.


Salt cod seems to rear its caudal fin at every turn in San Sebastian. Here it flaked beautifully to reveal its pearly interior. The pepper puree was a perfect counterfoil and was possibly the only vegetable we came across for several hours of eating.

Scallops and salty pork are a well known match. But here they got taken to another level. The ham fat had little slivers of meat attached to it. But let’s be honest, it was there to act as a fatty cummerbund to the pristine white scallops. The only criticism is that it would be nice to crisp up the fat more. But I wouldn’t take that complaint terribly seriously.

Zeruko is one of San Sebastian’s molecular pintxos bars. Spherification, table theatre and whimsy pick up where San Telmo’s depth of flavour and traditional cooking left off. And it is great fun. But some of the dishes could have been cooked more sensitively.

Large slices of cep with a fried egg. Simple. And almost stunning. It just had a slightly acrid taste that you can get when something has caught slightly in the pan or on the plancha.

Smoke Your Own Cod

This was a lot of fun. You get presented with a miniature smoker with a piece of cod in bamboo tweezers which you then smoke until your heart is contented. All washed down with a green straw filled with a shot of herby goodness. This was one of our favourite dishes.

Rich. Decadent. And deeply sexual. This sea urchin didn’t take any prisoners. Enriched with béchamel and dressed with a herb oil, it redefined the word intensity. Put it this way; it tasted of how I image a brothel to smell.

Or at least I think it was hake throat. Apparently it is a delicacy. Here it was served with foie gras and a film of caramel to add to the playful decadence.

Layers upon layers of salt cod with a cheeky topping of caviar and a dressing of balsamic vinegar sent us on our heady way from Zeruko smelling slightly of our own mini smoker.

Tom insisted on us tucking into some tripe. I gallantly attempted to help. But I’ve got to admit, I find tripe a bit too ripe for my boring taste buds. Tom insists this is amongst the best tripe he’s had. And I can attest to the fact that it really does taste very authentically of cow stomach. Although which of the cow’s four stomachs I’m not so sure.

Where I struggled with the tripe, I fell in love with the chanterelles and scrambled eggs. There’s nothing complicated about this dish. But it is sensational. Seasoned majestically. And scattered with parsley, it’s found its way into my psyche as my favourite mushroom dish of the year so far.

After the rest of the stag do went home, Sarah came out for a couple of days to experience the delights of the Basque country. And whilst it isn’t terribly pregnancy friendly, we adored it. We stayed at Hotel de Londres y de Inglaterra which is perfectly positioned on the promenade, overlooking the cacophonous waves that smash the shoreline in perfect concentric surges of water. 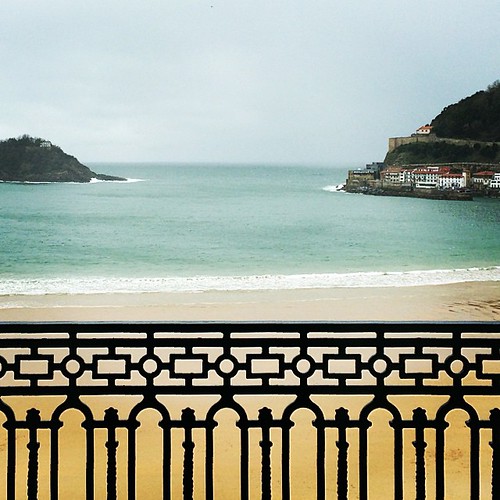 As views go, they don’t get a lot better than this one from our hotel.

Taberna Gandarias
If you are struggling for somewhere to eat on a Monday – because quite a few of the pintxos bars close their doors then – Gandarias is a good option. It is both a pintxos bar and restaurant. And is one of my favourites. We drank gallons of exceptional wine and sherry here whilst on the stag, but focused more on the food when it was just the two of us.

The juicy, pink, sweet steak was offset perfectly by the sweet bitterness of the green pepper and its salty anorak. I’m keen to scale this up to a full size dish once the summer arrives.

Squid with its Own Ink

Few things taste as good as super fresh squid cooked quickly. This was fabulous. And the inky sauce gave it loads of depth whilst making us look like our teeth were about to fall out.

Sadly not real elvers. But probably good for the environment. These little squiggly worms were delicious. And super garlicky.

Simple. Just slices of cold octopus with paprika, olive oil and seasoning. I’m not sure you could eat this and not realize what country you are in.

La Cepa is to be found very close to San Telmo. Whilst I am sure their pintxos are good, it’s the jamon that we fell in love with. Nutty. Unctuous. Piggy. And with a mineral depth, it is now the ham I judge others against. It’s almost worth the airfare alone. And the beer taps are made from pig legs which is pretty cool.

I’m very embarrassed to say that we visited the mecca for Spanish cheesecake and didn’t try any. I haven’t really got an excuse. So forgive me. But here’s a photo of the best cheesecake I’ve ever seen – and not eaten. I am currently craving this cheesecake and a glass of PX sherry.

This is just a taster of a city I simply cannot wait to return to. It’s such a civilised, cultured, delicious place that has its priorities straight. Thank you Tom for organizing such a marvelous stag do. And well done Dan for being such a good egg. Let’s hope you call your first child Sebastian.
Posted by Paunchos at 17:04 3 comments: