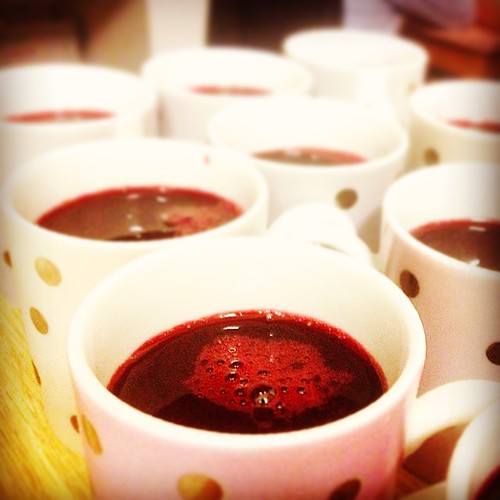 It’s a time of year I associate with Sylvia Plath’s poem Blackberrying. A lament about a summer gone. It’s one of my favourite poems – albeit lacerated with allusions and symbolism that would have given Freud a nervous breakdown.

Nobody in the lane, and nothing, nothing but blackberries,
Blackberries on either side, though on the right mainly,
A blackberry alley, going down in hooks, and a sea
Somewhere at the end of it, heaving. Blackberries
Big as the ball of my thumb, and dumb as eyes
Ebon in the hedges, fat
With blue-red juices. These they squander on my fingers.
I had not asked for such a blood sisterhood; they must love me.
They accommodate themselves to my milkbottle, flattening their sides.

Overhead go the choughs in black, cacophonous flocks—
Bits of burnt paper wheeling in a blown sky.
Theirs is the only voice, protesting, protesting.
I do not think the sea will appear at all.
The high, green meadows are glowing, as if lit from within.
I come to one bush of berries so ripe it is a bush of flies,
Hanging their bluegreen bellies and their wing panes in a Chinese screen.
The honey-feast of the berries has stunned them; they believe in heaven.
One more hook, and the berries and bushes end.

The only thing to come now is the sea.
From between two hills a sudden wind funnels at me,
Slapping its phantom laundry in my face.
These hills are too green and sweet to have tasted salt.
I follow the sheep path between them. A last hook brings me
To the hills’ northern face, and the face is orange rock
That looks out on nothing, nothing but a great space
Of white and pewter lights, and a din like silversmiths
Beating and beating at an intractable metal.

This is my favourite time of year. The air is clear. The humidity has gone. The warmth of the summer is still floating around. Apples are weighing down branches like Christmas shoppers staggering home with gift. And one of the most hostile bullies in the hedgerow suddenly turns friendly for a few weeks offering inky berries as a peace offering for the bicycle punctures, scratches and bleeding they’ve caused throughout the rest of the year.

Our first forage of the year was on Tooting Common which turned into 5 jars of beautiful Blackberry jam. I’m slapping it all over my toast and will keep a jar back for an Autumn Mess at some point soon.

Our second forage was a more industrious affair. Me, Sarah and my mother in law collected about 4kg of blackberries and a similar amount of elderberries from the winding lanes of deepest darkest Somerset. We came back home blanketed in midge bites, needled by nettles and tortured by thorns. But it was worth it for the amount of inky treasure we brought home.

We found it curious that the best elders grow near telegraph poles. We came up with various explanations about why this was the case. Was it the electromagnetic field of the wires? Was it the Creosote? Was it the extra moisture that drips down the pole? No. It’s because when the hedges are cut the tractors avoid chopping down the telegraph poles and the elder survives. So if you are looking for elder, telegraph poles are your friends.

At our wedding we had a Swedish inspired pre-dessert of chilled fruit soup served in coffee cups. Tom (AKA the Flavoursmith) made it from a range of dark summer fruits including blackberries and blackcurrants. We’ve been keen to make something similar ourselves, but just using the spoils of our hedgerow plunder. 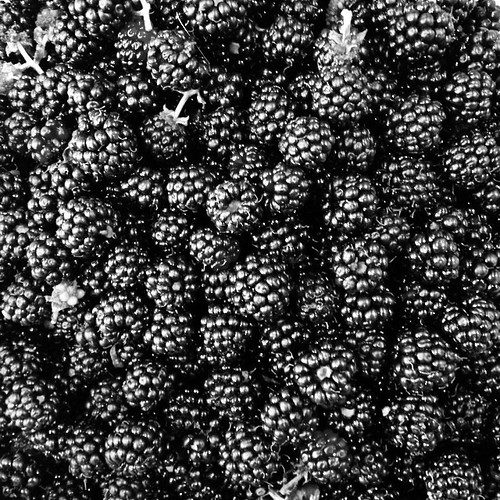 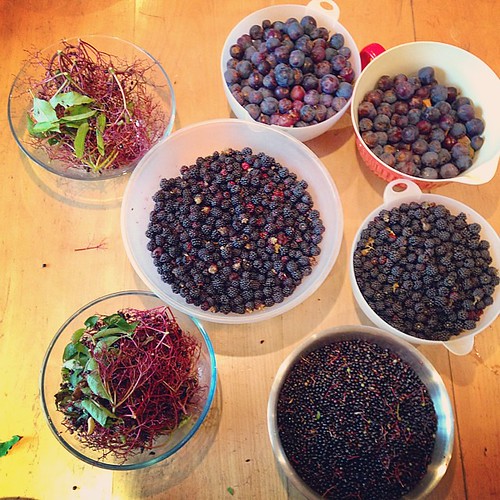 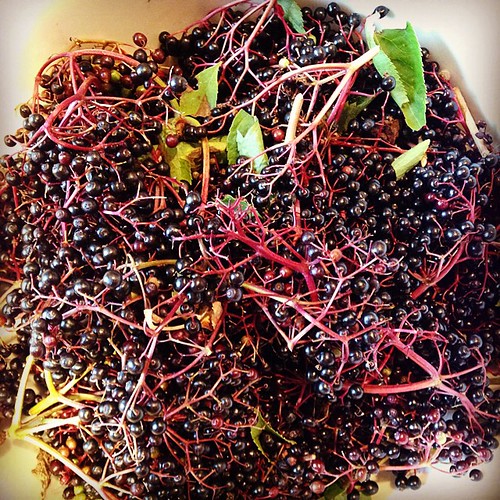 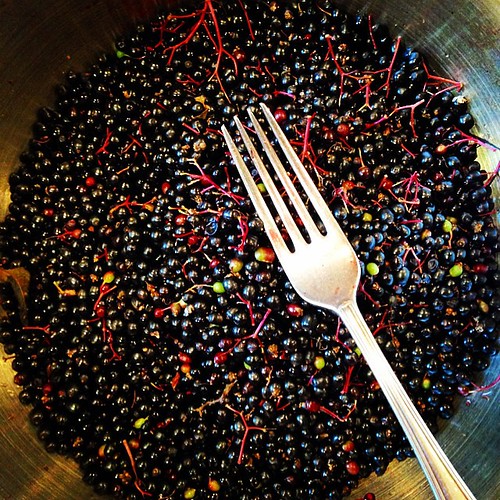 Without really following a recipe we stripped off the elderberries using the tines of a fork, rinsed all the fruit and then added it to a massive cauldron with one litre of water and about a dozen large apples that had fallen off the tree to give it some body. We let it simmer away for a few hours on a low heat until all the berries had given up their juice. 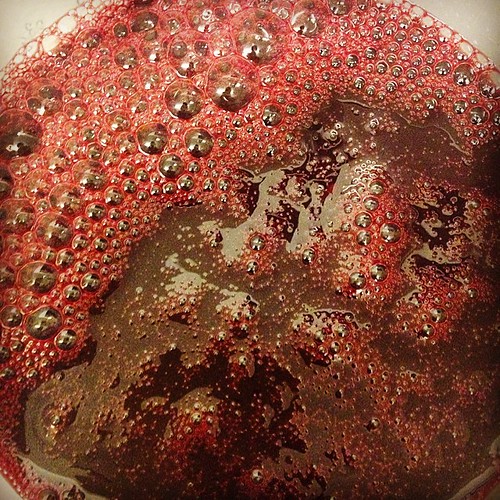 It looked like an experimental Ribena laboratory. And smelled amazingly of autumn. Although elder berries don’t taste that strong, they did give the flavor and extra layer of complexity and an extraordinary colour of pure purple. 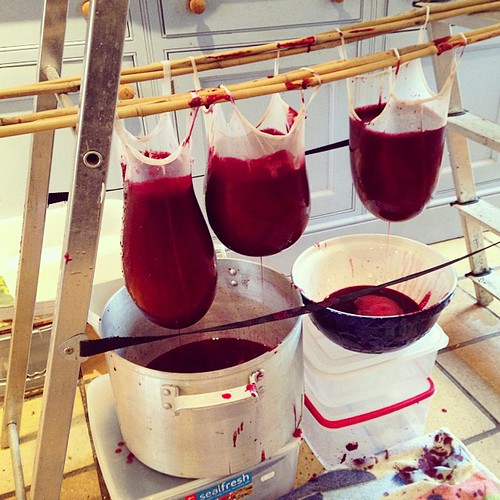 We then strained the soup through a large sieve to remove the large pips. And then passed it all through jelly bags which took ages! But it was worth it for the purity of the liquor and the absence of pesky pips.

We then returned the liquid to the cleaned out cauldron and added enough sugar to take the sour edge off and then cooled. It’s a labour of love. But it’s worth it.

Chill and serve in espresso cups. Allow about 100-150ml per person. And if you have any left over it is great as a cordial with fizzy water. Or better still as the base to an ice cream. We've got an enormous vat of it in the freezer which we keep dipping into for midnight snacks.
Posted by Paunchos at 17:17 No comments: