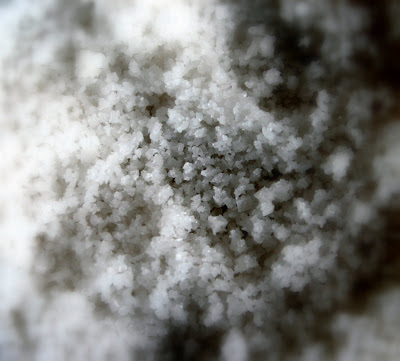 I used to use Malden Sea Salt which is great but then I found Noirmoutier Fleur de Sel. It looks a bit like crushed, crystally marble. It's almost sharp to the touch but sprinkles on food like snow and I love it! 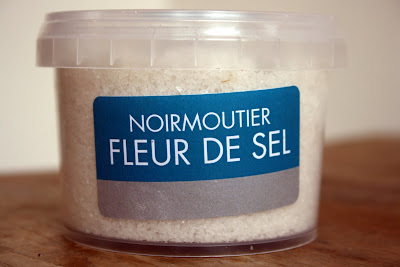 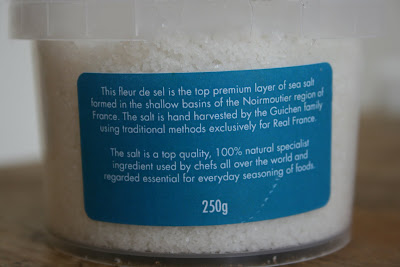 "Fleur de sel ("Flower of salt" in French) is a hand-harvested sea salt collected by workers who scrape only the top layer of salt before it sinks to the bottom of large salt pans. Traditional French fleur de sel is collected off the coast of Brittany & Noirmoutier, and is slightly grey due to the sandy minerals collected in the process of harvesting the salt from the pans. It is also produced in Camargue.

Also known in Portuguese as "flor de sal", the hand-harvested variant from the Algarve region of Portugal is becoming known, as it is of similar quality to the French fleur de sel or better. In addition, it has the advantage of being pure white and usually sells for half the price of the french fleur de sel.

Fleur de sel is best used similarly to fresh herbs, sprinkling it onto food just before serving."
Posted by Browners at 16:50