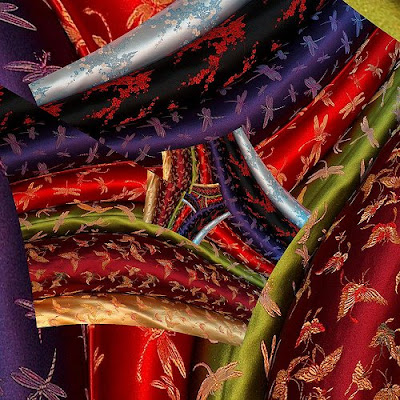 Gilly and I hadn't seen each other for far too long, so we had a look on Top Table and found a few 50% and 2 for 1 offers to decide between. An hour or so later we had decided to pay Silk on Great Marlborough Street a visit.

Their concept is pretty interesting: they serve a range of dishes from along the ancient silk trading route. A mix between Indian, Middle and Far Eastern cuisine with a of sibtle spicing and dishes with amusing names.

Neither of us could find the restaurant to begin with. This isn't helped by the map they provide on their website. Neither is it helped by the lack of any prominent signage outside. Probably the result of some weird planning restrictions. It's tucked away inside a hotel so needless to say the restaurant was empty.

Gilly and I settled down and immediately started chatting only to be interupted in order to be told about the concept and how old the room was. Given that we were in mid conversation and that we had read about the fact that the dining room is located in an old courtroom on the Top Table and Silk website, we really didn't need to be told again. This kept happening throughout the meal which was annoying.

We shared both of our starters and main courses... the scallops with a zesty foam were succulent and accurately cooked. The zingy foam was tremendous. It made for a fantastic change from cauliflower or pea puree.

My medium rare venison was more medium well than medium rare which was odd because they made quite a fuss of telling me how their chef was going to cook it. Putting that to one side, like Gilly did with a stray peanut on his plate, the venison was very cleverly spiced and accompanied by a cheeky green sauce. The best thing about my starter was the name. I simply couldn't resist a dish called "Jangli Maan".

Main courses were good too. My lamb chops were accurately cooked. Singed on the outside and juicy in the middle. They had been marinaded delicately in a range of yoghurty spices. Not much heat, but a lot of flavour. I wish I had a better grasp of Easter flavours so I could tell you what it involved... but I don't!

The food is really very good. But the atmosphere and service are both big negative factors. There's probably a reason that courtrooms are unusual in the restaurant business. They remind you of school dining rooms and the prospect of being in prison. Neither school's nor prisons have a great reputation for fine food... apart from that one in Italy of course.

If it hadn't been on a 2 for 1 offer from Top Table it would have been very expensive, but this way it made for a great chance to catch up and try some interesting food. Neither of us could see this one staying around for very long. So get here whilst you can, or wait for the next one which will probably be called Phoenix.
Posted by Browners at 09:03