Heavenly Lunch at Pensionat on Styrsö

Gothenburg as a city is great. But I have learnt recently that it’s real trump card is the string of islands that slip out into the North Sea like a double helix. The Southern Archipelago is reachable by a hop out of the front door, a skip on the number 11 tram to Saltholmen and a jump on the ferry. Seeing as the last time Cowie came over to Sweden the whole place was bound by ice, we thought we’d explore the real DNA of what makes Gothenburg so special. We headed off to Styrsö, which is the most populated island on the Southern Archipelago where we’d heard we’d find a good restaurant called Pensionat Styrsö Skäret. The journey itself was idyllic. The sea was calm and the sky was marbled with deep blue and fluffy white clouds – just like the opening credits in The Simpsons. We watched impressive yachts tootle around with not the slightest care in the world and supercharged ribs go flying past like Jeremy Clarkson on an trying to show off to a German cop on an Autobahn. We arrived on Styrsö with our appetites whetted by the sea air and in such a good mood that a micro-waved chicken kiev and a lukewarm banoffee pie would have been enough to send us packing with glee.

As we stepped off the boat we were greeted by a couple of "flakmopeds" which buzz around the island instead of cars, transporting luggage and supplies. It was our first glimpse of island life and we fell in love with Styrsö immediately. 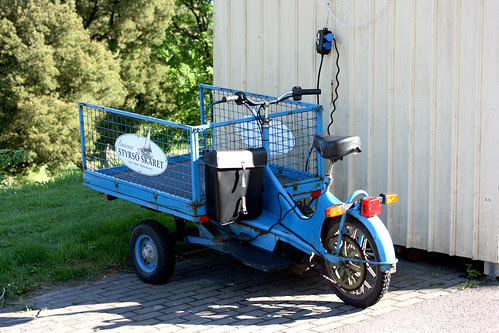 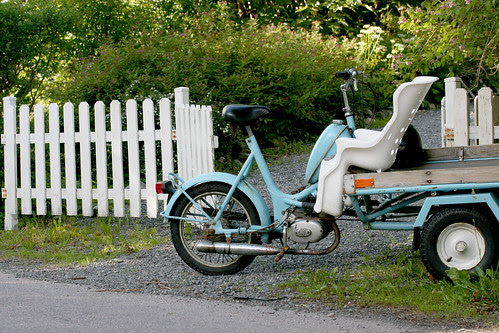 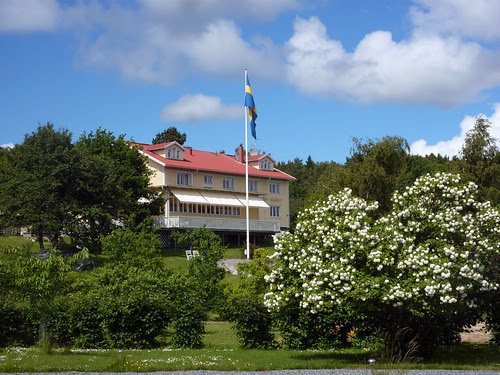 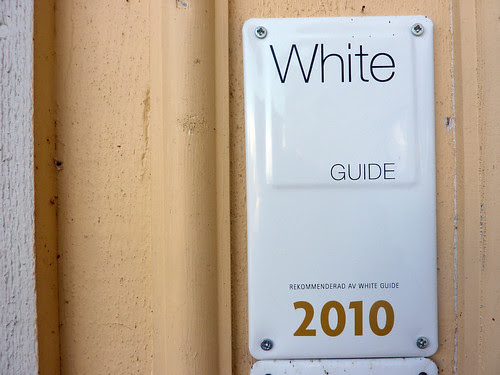 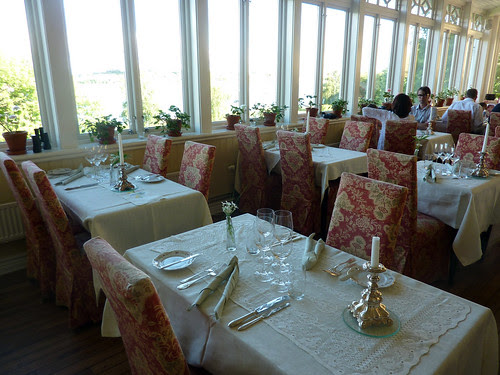 As you can imagine from the photo above, the White Guide plaque and the fact that this is on a fairly remote island the prices aren’t cheap, so we kept things simple and only had one course each. I also didn’t want to spoil the mood so didn’t take any photos. I’ll let the scenic photos do the job of giving you a flavour and hope that my words can do the meal the justice it deserves.

We were treated to the typical array of Swedish breads. Rich, toffee nosed, soft rye bread should be served with a note from the Surgeon General suggesting you eat it in moderation. It is sooo good you’ll seriously consider giving up all other brads and just eating this one. It was flecked with apricot and walnut and was as close to Soreen as you can get without it becoming a malt loaf! I’d be raving about their crisp bread studded with caraway and white sourdough if the brown stuff hadn’t stolen their thunder.

Our glasses of Australian Riesling arrived with a complimentary shot of glossy potato and mussel soup that was so good that we almost asked for seconds and for them to cancel our main courses. The mussel flavour was subtle, but fishy and the texture could have been weaved by a silk worm.

I’ve had many a good fish soup in my short time in Sweden. But this version is very special indeed. Rather than the dusty brick red version you get in France this one was the colour of richly churned butter melting under an amber sunset. Lemon aioli rather than rouille also distinguished this from its French cousin. If French fish soup is male, this was its virginal bride.

Amongst the saffron flecked creamy fish broth swam mussels, enormous prawns, barely cooked scallops and hunks of cod that flaked like strung out film-stars. Dabs of lemon aioli made me purr and Cowie lost count of the times I decried it as being the best I had tasted.

Cowie’s scallop and tuna salad with vermicelli was like a helium balloon. Super light, attention grabbing and not something that will ever make you appear masculine. The scallops were so well cooked they should be sent off as examples to all the gastro pub chefs across the UK who regularly ruin them and the tuna was immaculately rare. 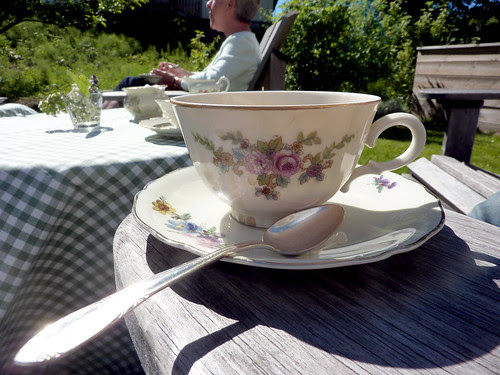 We retired outside to the garden to drink coffee and play Scrabble whilst overlooking the sea and a croquet lawn and basked in the Swedish sunshine wondering whether life could be any better. 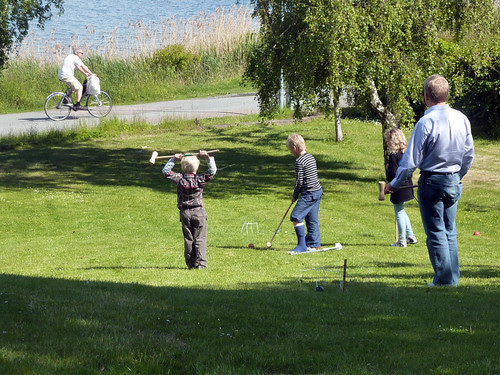 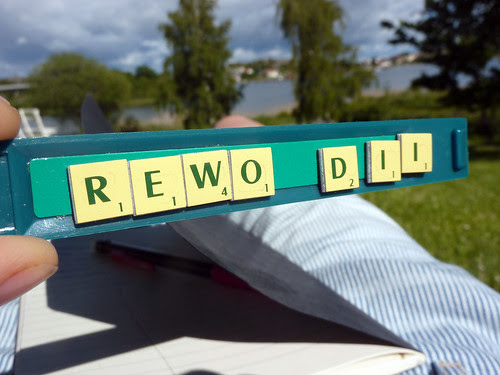 The Pensionat on Styrsö is idyllic. And it was no surprise to find a box as we left the island belonging to God. There can be few more heavenly places to spend a sunny Saturday than Styrsö. 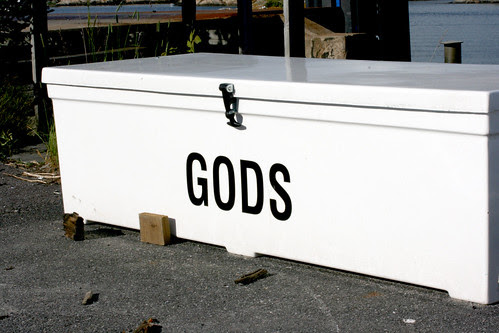 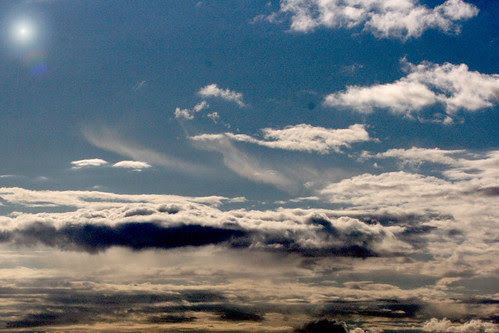 View Around Sweden With a Paunch in a larger map
Posted by Paunchos at 17:41

What a fabulous place to dine

I don't know if it is fact or myth, but I have it my head that blonde girl from Abba has her retreat in the islands somewhere.

@Jennifurla - 'Twas a brilliant place for lunch. Apparently it is a favourite destination for weddings.

@Simon - I wouldn't be surprised at all. Will ask a few people and find out.