With my mind wondering down a Swedish memory lane, I remembered a couple of vivid soups I made from Mark Hix’s Oyster and Chop House cookbook during the fleeting but magical Gothenburg summer.

The book itself is a beauty to look, charming to fondle, fun to read but frustratingly dilute when it came to the subject of the Chop House part of the idea. Sure, the meat was beautifully photographed and well annotated with interesting commentary and the odd recipe, but where it could have been a seminal T-Bone, it seemed bashed out like a minute steak. If you want a masterclass in meat and generally chop-housery, opt instead for HFW’s The River Cottage Meat Book, Hawksmoor At Home or the Ginger Pig Meatbook. But then again, maybe Hix thought it had been done already.

Rather perversely, Mark Hix’s book comes into its own in the less meaty sections. His chicken livers on toast recipe is a beauty and his fennel salad dressed with orange juice and vinegar is very good too if you ease off on the rape seed oil. And his fish with peas and leaks is delicious. 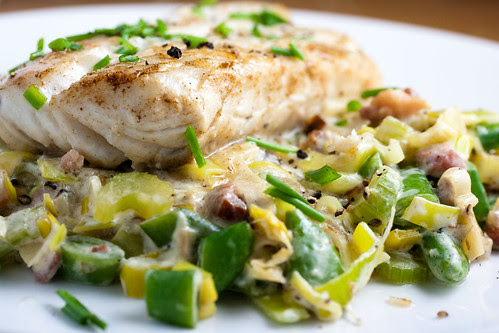 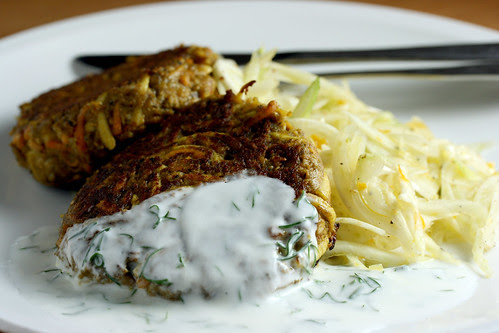 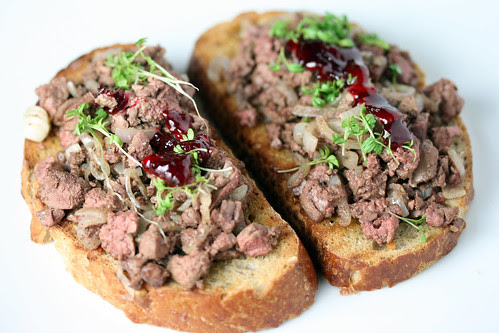 But, the best two things I’ve cooked from his book are a couple of punchy soups which seem to capture his bold, mischievous and blokey personality to a soupy T.

The first was golden beetroot soup, which captured my attention as it was supposed to, because the golden coloured beetroot was intended to trick your dinner guests. This bright yellow soup looked like butternut squash, or possibly a saffron spiked courgette soup, but tasted earthily of the very essence of beetroot. Arguably even more so than if it was red. I've since sown some golden beetroot seeds and hope to recreate this soup back in London with my own vegetables.

The second was for a horseradish soup which almost blew my head off as I grated the fresh root in my Magimix. Even with a topping of walnut floaters and a dab of goats’ cheese it was explosive.

If you like your soup to be vibrant, exciting and a conversational hand grenade, this one is for you. But if you like your potage to be further towards the potato or broccoli end of the spectrum you may want to give this one a wide birth and go for the golden beetroot version. Soupifying the horseradish only seems to make it even more psychopathically strong – and using golden beets seems to make them even more beetrooty.

Mark Hix suggests boiling the beetroot. But I much prefer to bake them in salt as they seem to emerge sweeter. Allow to cool and then peel and chop them into chunks. 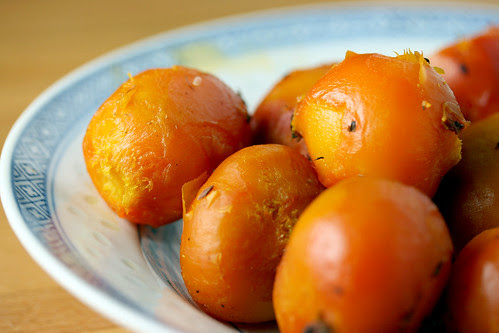 Sweat the onion in the hot oil in a large saucepan. Once softened, add the stock. Bring to the boil and simmer for an hour. Then add the chopped beetroot and remove from the heat. 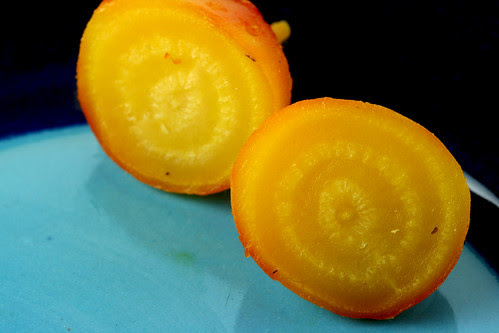 Blend it until smooth. Pass it through a sieve to make it super silky.

Either serve on its own. Or with some goats' cheese or curd floating on top. Or a swirl of cream. Or if you are feeling a bit Swedish, with some grated horseradish on top. 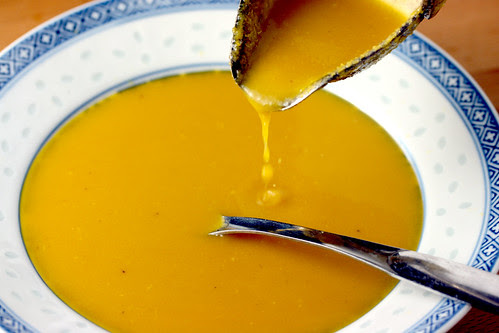 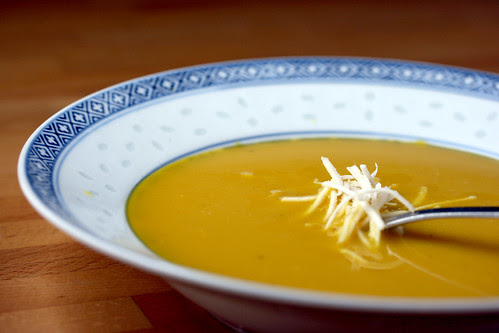 Melt the butter in a large saucepan. Sweat the onion and lieek and cook without colouring for a few minutes. Stir in the flour to make a roux and add the stock gradually. Season and simmer for 30 minutes.

Next do the fun part. Grate your horseradish using the grater attachment on your Magimix. Or just do it by hand. The hit of horseradish is one of the most intense experiences I've ever had whilst cooking. So watch out! 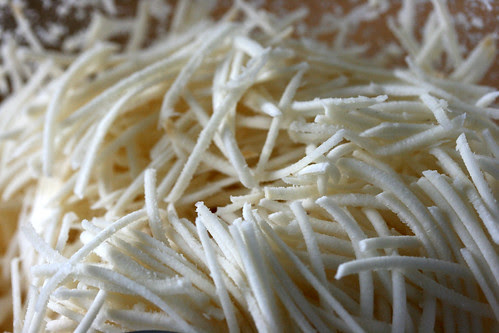 Add the grated horseradish to the soup and simmer for 5 or 10 minutes. Take off the heat and then blend until smooth. Pass it through a sieve for extra smoothness.

Check for seasoning add the cream, heat up and serve. 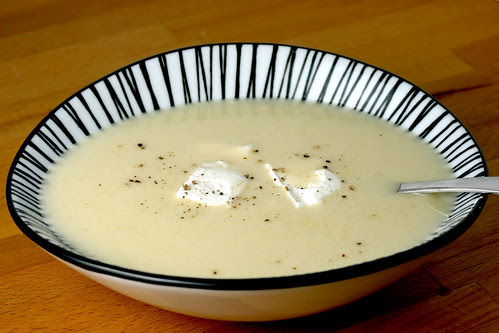 I love the sound of both of these soups. I'm a big fan of both beetroot and horseradish.

I'm feeling a little daring, I might give the horseradish soup a go! Great description of it...

Hey Browners. Really interested in the Horseradish Soup. I've looked at in the Hix book a few times, but never made it. I'll have to give it a go - not sure about the explosive description though.

Both the soups look absolutely crackin'. I especially fancy the horseradish soup as I am rather fond of horseradish. I am definitely whipping one up myself.