This month's "In the Bag" competition over on A Slice of Cherry Pie asks entrants to incorporate forced rhubarb, an orange and sugar into a recipe. After last month's lamb and pear tagine we decided to create a sweet recipe rather than savoury.

Cowie has been making some very good souffles recently, so we decided to create a rhubarb and orange souffle. I bought some nice rhubarb from Waitrose and chopped it up before simmering it. The pink, fibrous stemmed rhubarb crunched like celery as we prepared it. 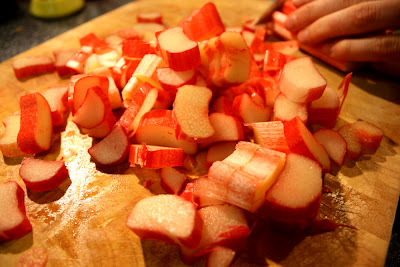 We simmered some rhubarb with some sugar until it became thick and syrupy. 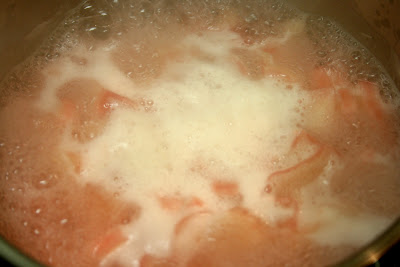 We mixed some eggs yolks with sugar, orange zest and stem ginger. 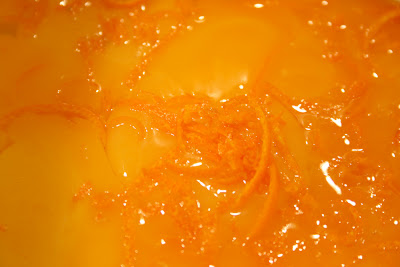 And whisked up some eggs whites with some sugar. 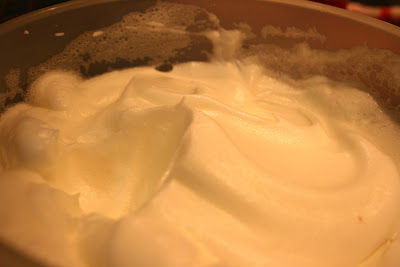 Before gently folding them together. 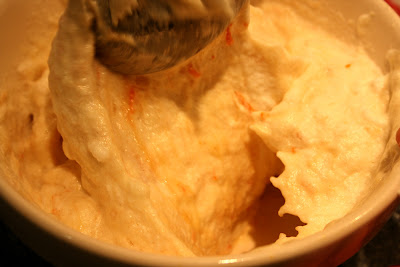 Meanwhile we buttered and dusted some ramekins with icing sugar. 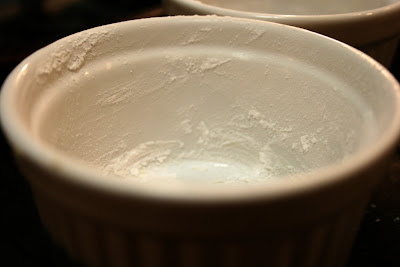 And then spooned the mixture in. 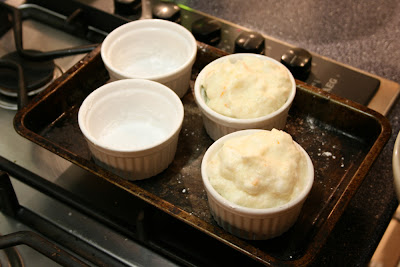 We cooked them in a pre heated oven for 12 minutes, making sure that the tops didn't burn. 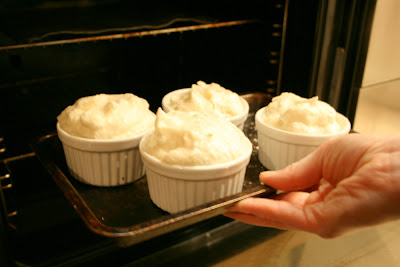 They emerged from the oven with beautiful golden tops and a wonderfully sharp smell of rhubarb. Best of all though, their tops didn't collapse and they stayed bouyant and perky! 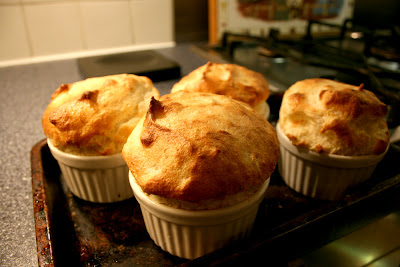 And they tasted even better. The rhubarb was the star of the show with the orange peel and stem ginger coming in to balance out the sharpness with some warmth and zing. 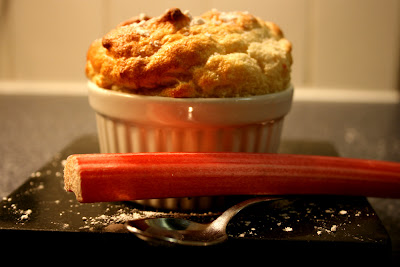 Well done Cowie for being so creative on a weeknight. After a long day of work it was so much fun to create something so light, tasty and exotic. And it was fun taking the photos too.
Posted by Browners at 18:34

Wow - look at those! Great result.

Glad you liked them. Cowie is getting seriously good as souffles. She's even thinking of starting a souffle blog!

Souffles are my absolute favourite pudding. I'd never thought of making a rhubarb one - this is great inspiration! Great entry for 'In the Bag'. They look so beautiful and I love ginger with rhubarb - delicious!

Hey Antonia - so glad you like the souffles. Cowie is getting really good at them. We've become pretty fanatical about them recently. Our biggest triumph has been a charred red pepper and pinenut number.

Looking forward to the next in the bag contest!

Looks great! You definitely don't seem to suffer the same problems that I do with souffles...Yours are huge!

So glad you liked the souffles. They were brilliant fun to make. I think I like the fact that they are quite fickle and... and when you nail them... you feel awesome.