At the Chapel (non review)

Bruton, Cowie's home town in Somerset, has sadly lost Bruton House. Gone to restaurant heaven whilst the owners go on a well earned holiday. In the Cowie household it was much revered as the smartest place in the area. But I never got a chance to give it a bash. I was invited for dinner with Cowie's granny once but it clashed savagely with the Rugby World Cup final. Cowie raved about it to the extent that I feel terrible to have missed out. Regrets.

But, sleepy old Bruton has been blessed with a surprisingly sexy alternative. At The Chapel is a charming, slick, contemporary beacon in the countryside. It has the look and feel of St John, with the pared down, very minimal black text on white approach. It's owned by Catherine Butler and Ahmed Sidki, who are residents of Bruton. In fact it seems the 17th century Methodist Chapel that the restaurant is housed in used to be their home! Catherine used to own Cafe Med and is backed up in the kitchen by Nick Brodie, who has come from, double Michelin starred, Bath Spa.

The set up includes a bakery and pizza oven, winestore, bar, cafe and restaurant. But it is the enormous oven that sets the rhythm of the venture. The architects, MacKenzie Wheeler, have brilliantly used the vast oven to create a warm, living, heart for the restaurant. Every night from 11pm till 4am their baker (who has been dubbed "French hip-hop baker Tito"), works his magic to produce some fantastic bread, most of it from sourdough starter. And then the oven is handed over to the pastry chef and then when it becomes day time the pizza guys take over. The nutty sourdough loaf we took home for lunch was sensational. It had that crusty outside and elastically fluffy centre that top class bread exudes. As well as a warm, natural smell.

Our chocolate brownie was so good that I ate all of it without giving Cowie a morsel. This didn't go down too well. And the only way out of the disaster was to tell Cowie that it wasn't as good as the brownies that she makes! Sorry Tito. 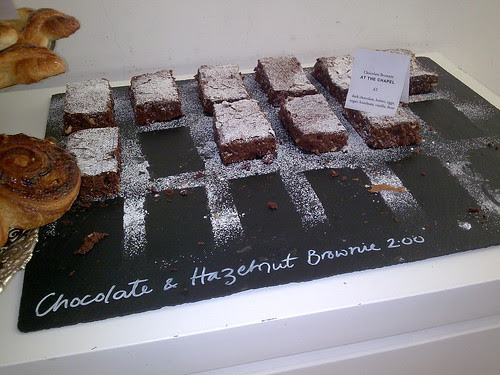 I also gave their winestore a bit of a test drive. I was after something pretty special to go with a fine piece of steak we had bought from Kimber's fantastic farm shop. Their wine chap (who I think was Matthew Hooberman - formerly of Soho House) gave me some very shrewd advice. He walked me through some classic French options but could sense that I wanted to be a bit more adventurous. He then presented me with a bottle of Italian red that's made from 5 grape varieties from Calabria. He mentioned that it is so unusual that he makes a point of talking to anyone who orders it in the restaurant. This had me hook line and sinker. And rightly so... it was the perfect match for our steak. 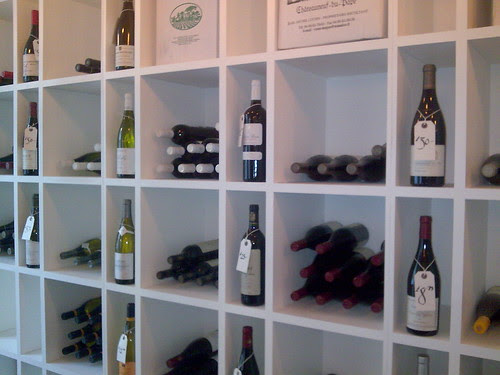 At The Chapel is such a find. Cowie and I are looking forward to trying it out properly. If their bread, brownies and red wine are anything to go for, we are in for a treat. I'm really surprised that there haven't been any national reviews yet. All in good time.

For more information read Fiona Sims article from Caterer and Hotel Keeper.
Posted by Browners at 22:18