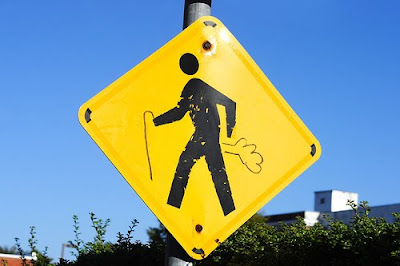 Swedish is a great language. Wherever you look signs say silly things like "fart". Apparently it translates as "speed" - and is often used in the context of slowing down. You'd have thought after seeing a dozen or so fart signs we'd have stopped giggling. But no. Instead it spurred us on to eat in a typical Swedish restaurant called Smaka.

If you had seen the look on my face when the world's best receptionist (at Hotel Flora if you are interested) told us to go to Smaka you'd have probably thought I'd just seen Jesus walk across a sea of miso soup.

We shuffled along to the restaurant along pavements so crunchy they should watch out for Cadbury’s lawyers suing them for an IP infringement. The roads were quieter than a mute in outerspace and the air was so frosty it would have made a penguin think twice about venturing outside of its log cabin.

The reception at Smaka was as warm as the artic air was chilly. Coats were taken. Greetings were offered. It was a genuine welcome from people who took care of us brilliantly from then on.

Tucked away in a corner like a couple of naughty students we huddled around the blow heater like Labour ministers around a life-raft and chose from the authentic Swedish menu.

Our starters were almost very good. Cowie’s salmon tartar was mildly too strong. And my venison carpaccio would have been good enough to make me emigrate had it not been overpowered by a few shards of the strongest onion to ever make it into my mouth. How the chef managed to slice it up without crying to death is beyond me. But whilst neither dish was epic – we enjoyed them with a bit of crafty plate work.

Our main courses were better. Cowie’s venison fillet was served with a fruity blood pudding and a regal blackcurrant sauce. It was magical. My flank steak would have been good had they not treated it as a sirloin and cooked it at a glacial pace. It was richly flavoured and well sauced, but would have been far better if it hadn’t made my jaw ache so much. Maybe I should have gone for their famous meatballs.

But it was the dessert that will remain with us. A cloudberry soufflé pretty much ordered itself off the menu. In the time Cowie had tricked me into thinking that there was a group of Swedish models at the bar it had disappeared and Cowie was grinning like a dog who’s just done a particularly naughty fart. Let’s just assume, for argument’s sake, that it was pretty bloody good!

Our meal at Smaka wasn’t perfect – but they made us feel special and served two dishes that make you forget about the foibles of the others. O. And it’s got a very funny name.


Trip Advisor review and contact information.
Posted by Paunchos at 16:17

Glad you enjoyed your stay! Going to Gothenburg myself in a few weeks time.

"Fart" means "speed" though, but on road signs usually used in the context of minding it...

@Manne - Thanks for the correction. Still makes me chuckle.

Would I have stopped giggling after the first few fart signs? No I would not. I am the person who giggled like a school child at 'marinade-cum-gravy' remember.

@Helen - Fart down. Or should I say slow down Helen. I'm delighted to be reminded of the marinade-cum-gravy. I'm hoping to win some sort of food blogging award for it.

I have some American friends who lived in Stockholm for a year. I stayed with them for a little over a month in 2003. They cracked up every time they saw a sign that said Utfart (exit). And still do!