Avoid the Essex Serpent at All Costs 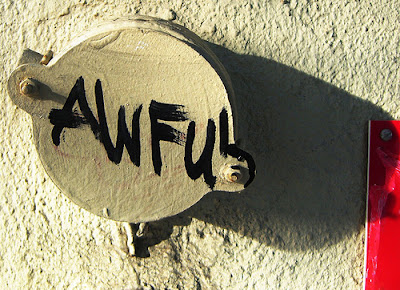 Anna organised for a group of 6 of us to go ice skating at the idyllic Somerset House last night. I was a bit nervous about ice skating having only done it once when I was 5 on some crappy plastic ice rink at Ally Pally. We thought it would be a good idea to go for dinner before hand and use our TasteLondon card to get some money off.

Cowie chose the Essex Serpent in Covent Garden having put Wahaca and Waggamma to one side. A decision we'd all regret later! We had wanted to go to an authentic pub to have some good olde worlde winter grub.

I arrived far too early having pitched up after Lulu's leaving lunch/drinks. I killed half an hour or so by walking around the fantastic winter night market that's been set up around Covent Garden. It's basically all the stalls from Exmouth and Borough Market but with a few extras such as a mushroom man, a Ghanaian stall and a bloke who just makes crepes.

When everyone arrived we all made our way upstair and inspected the "locally sourced, British, seasonal menu". A few things stood out that we should have taken more heed of.

Red snapper from somewhere a long way away

Ah... in hindsight we should have cut and run right there and then. There is nothing seasonal about a summer salad unless you're there in July. There's nothing local about red snapper unless you are lucky enought to love in the Tropics. And there is something very disconcerting about things spelt wrong on a menu. Unless of course it was the Potrugese version of chorizo in which case that's fine. But the waiter told us it was Spanish.

I was an idiot and chose the mussels. Quite why I decdied to go for the most deadly thing on a worrying menu is beyond me. Luckily I've got away with it from a medical point of view. They were supposed to come with a garlic and white wine sauce but it tasted more like the dirty gutter water that my cat drinks when he's feeling ill. Horrid!

The girls had langoustine which looked like they had been frozen as they oozed their shell water over the plate. The only half respectable starter was an assortment of meats with warm baguette. But then again the baguettes were decidedly dicey warmed cattering pack type things. It wasn't getting any better!

Things went for bad to worse as we waited an age for our main courses. Cowie went to ask how they were getting on a couple of times and pointed out that we didn't have long before we had to leave for ice skating.

Then the horror course arrived.

My steak was not medium rare. It wasn't even medium. Or even medium well. Somehow it was well done and cold! How did they manage it? And they had smothered the incinerated piece of meat with a gloopy mushroom sauce. All this rested on a bed of chips so chilly they needed a good dose of lemsip and a hot water bottle. Shocking.

Harreit's tuna summer salad featured a slab of grey tuna that was so hard that it could have been used in Roman times as a writing tablet.

Nick had earlier said, "you can't go wrong in a pub with a burger". Sadly he was wrong. The waiter had to inspect the locally sourced focaccia bun to see if they had actually put the burger inside it. The sight of the charred blob of beef was a welcome sight!

Anna's sausage and mash was OK. Not sure you screw that one up really!

Cowie stormed off to pay the bill and get our 2 for 1 discount on the meals which were reluctant to pay for in the first place. I looked over to see Cowie glaring at our cheerful, but inept waiter arguing about the fact that our card show allow the whole meal to be priced at 2 for 1. That's what the TasteLondon website says anyway. We landed up paying almost full price for everything and being British were far too reserved to kick up too much of a fuss!

So we agreed we'd slope off and write it up in full on the blog and as many suitable websites as possible. The Essex Serpent serves very bad food and is less than honest when it comes to their partnership with TasteLondon. They turned what should have been a great pre Christmas meal into an embarrassment. Cowie felt awful for having organised the meal. Exactly the opposite of how it should be. It also reflects very badly on TasteLondon. Cowie rang them up to complain and they said they would speak to the director of Essex Serpent.

Essex Serpent. Good riddance. It makes you appreciate how good all the other restaurants we've been to this year.

Here's a picture of it so if you see it you know not to go in there. 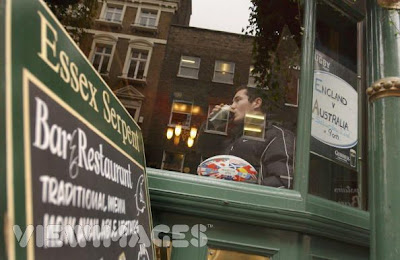 Well I should kick off really.... It was my foolish decision to book the place!

Sadly the food was terrible! Cold, manky, rubbery.. all in all it was highly diappointing.

I just wish we had gone somewhere reliable and yummy like Wahaca or Wags instead!

You're probably not the ideal candidate to cast aspersions on other's spelling errors, as you have committed quite a few egregious mistakes yourself. Otherwise, love your blog, keep up the eats!