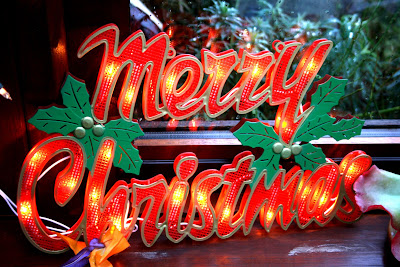 Back in Novemeber I very foolishly volunteered to be in charge of our Christmas roast this year. Gung ho bravado got the better of me and come Christmas morning I was regreting it! Mum seemed to have an extra few inches of bounce inher step. Partly because we'd given her such a good stocking but also because she had been spared a day of slogging it out in the kitchen.

Our goose came with a free book from Throncotte the other side of Bedford in a village called Northill. A very quiant little place that was inundated with cars collecting their prize birds for Christmas. Having a cup of coffee after breakfast I had a flick through the book and became engrossed in the rich history of eating goose and the countless ways people have found across Europe to eat them! 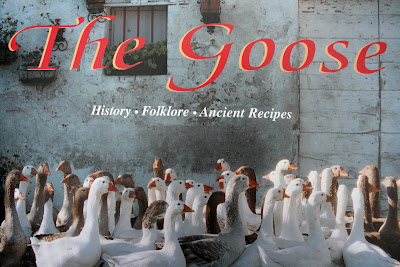 They are a great favourite in Jewish cooking occupying the space that pigs hold in Christianity. In northern Italy they are experts at making goose ham and goose salami which sound utterly delicious. I guess the amount of fat you get on a pig and a goose can't be that different.

Having failed to find a suitable recipe in the Goose book for a roast goose... we opted for Delia instead. The goose book suggested that we roast our bird for around 3 hours whereas Delia was keen to cook it for closer to 5. Big difference. As it turns out the goose book would have been slightly more accurate.

Having watched Heston blow air into a duck to get the skin crispy and having watched James Martin prick the skin of a duck and pur boiling water over it to get some of the fat out I decided to give it a go on a goose! Having carved the Christmas goose for the last couple of years I have always been staggered by the litres of fat that render out or don't!

I pricked the skin all over and poured boiling water all over it with the roasting pan underneath. After two pours you could see that a substantial amount of fat had oozed our of the skin and had formed a greasy skin on the water. We left the goose to dry in the lader and got to work on a sage, apple, potato, liver and onion stuffing a la Delia.

Simply sweat loads of onions and add some sliced apple. In the meantime par boil some potatoes. Once tender lob these into the onion mixture and cook through for a bit. Add the goose liver in slithers and then chuck in some sage. Then ram it all inside the goose! Easy. Don't forget to season it.

Then rub salt and pepper vigorously into the skin of the goose find a roasting tin big enough and rest the goose either on a rack or on an asortment of root vegetables and onions. This means that the bird is raised out of the fat. Using veggies means you'll also get some good stuff to go in the gravy.

Pop in the oven for how ever long you see fit and wait for the little white popper to get an erection. Then it's done! 3-4 hours should do the trick! 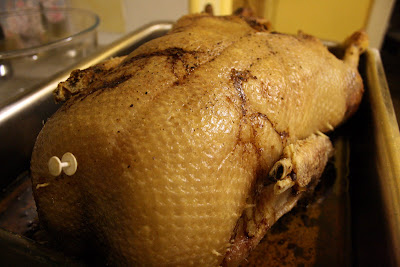 Gorgeous stuffing. Realy sagey and with some good depth from the liver. Suz loved it until someone let on that it had ofal in it! 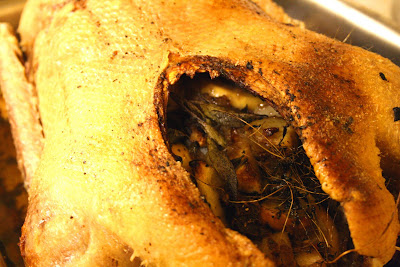 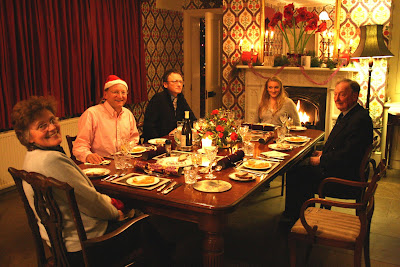 We had some great wine with it, which I bought especially from Philglas and Swiggot for Dad's Christmas present. He's a big white Burgundy fan so this Chassagne Montrachet went down a treat. Oily, rich, lemony, super smooth, buttery and full of great adjectives! 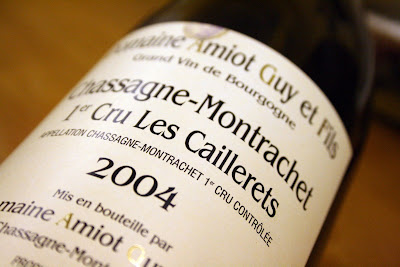 Tired by a full day of cooking and a mamouth amount of carving I rocked back into my seat and realised that I had to change out of shirt and tie and into jeans and polo shirt before Mum wheeled out her famous figgy pudding. She'd steamed it for 24 hours making it really moist and nowhere near as heavy as a Christmas pudding! We all gave in and gobbled down our pudding before rejecting cheese and retiring into the drawing room for coffee and the Christmas special of Strictly Come Dancing! 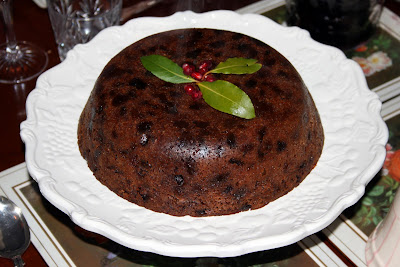 So another Christas has passed now and we're all so full we can barely move. My resolution is to lose weight so I can fit into all of my old clothes. Shouldn't be too hard. More squash. Less carbs. Smaller portions.
Posted by Browners at 17:24